Scroll to top
Skip to content
Get In Touch 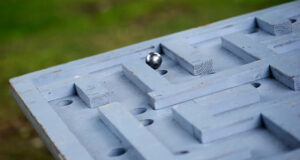 The scenario for universities in 2013 appeared uncertain. Foreshadowed budget cuts to higher education suggested the worst of times may be on the near horizon. But who could have foreseen the “challenging” and “unprecedented” times that would follow just seven years later? While the prospect of future feast or famine will be influenced by others, how to ensure we remain well-nourished and fit for purpose is in our own hands. Can insights drawn from Dickens’s Tale of Two Cities help us all now?

Sandra Harding at JCU is the longest serving vice-chancellor of a single university among our current leaders. She speculated on the prospect of the best or worst of times being ahead in her address to the National Press Club in taking over the reins of Universities Australia (UA) in 2013. She is well placed now to reflect on how 2020 saw all vice-chancellors preoccupied with managing crises day to day and eating hand to mouth. Scrambling to survive was the mindset and the language. It grew great communities within and between universities. Pulling together to meet these challenges showed all in the sector just what could be done if commitment both to students and to the task in hand was the determined focus of attention and action.

This COVID life and our enduring responses to it are now the new reality. That reality means it is time to seek new opportunity in and through our current context. It is futile to pursue the fool’s errand of hoping anything will go back to whatever normal may mean. The difficulty is finding new ways forward at a time of great emotional load and broadly shared tiredness in our communities. The emotional load arises from the fact that all in universities care greatly about their students, their institutions and the communities they serve. The tiredness arises from having been stuck in survival mode, both professionally and personally, for a long time. The challenge is to find new ways forward to differentiate and take advantage of life as it is now and focus on opportunity when it feels like we have been facing end days for 18 months.

It is amazing how people build strength, bonds and new optimism even in the darkest days when supported and led well. Across the sector, we have built examples of new touchpoints between leaders and staff through these transitions. Good leadership has become more visible, more personal and more embracing of whole people. This has played out most powerfully in regional universities where the closeness of communities and intimacy of contact and inter-relationships has been enhanced and illuminated ever more strongly.

James Cook University is a distinctive example of this given the nature of its establishing Act of Parliament, which required a focus on the needs of northern Queensland and the issues of the tropics worldwide. This has shaped JCU’s decisions on relationships with communities and partners and influenced what to do and what not to do in its academic endeavours. These have been its founding principles from 60 years ago. They have endured in its 50 years as a university, and been enhanced in how it has been led for the last 15 years by the longest serving current VC of one university.

The essence of JCU’s strategy is to be absolutely clear about its niche, otherwise known as its Tropical Agenda. The clear intent here is to ensure that JCU graduates professionals who will serve rural, regional, remote and Indigenous communities, particularly in the north, and with special insight into the challenges and opportunities of the tropics in Australia and beyond. This means delivering new graduates fit for purpose in a wide array of disciplines, including medicine and health, veterinary sciences, earth sciences and engineering, technology, environmental management as well as in the humanities and social science, business law and governance.

Research endeavours focus on the northern and tropical context in which the university is embedded. This focus has been international in its impact through the scholarly work undertaken, the work of JCU’s outstanding graduates and through the major work led by JCU on the State of the Tropics, which has resulted in a series of reports and in the United Nations General Assembly declaring 29 June as the UN International Day of the Tropics.

The university is in sound shape after 15 years of continuous leadership. COVID has had an impact, but JCU seems to have negotiated 2020 well. While the knock-on effects of 2020, and the enduring nature of COVID, will test JCU this year and in the years to come, as it will all universities, JCU has a clear light on the hill in its distinctiveness, its northern focus and its Tropical Agenda.
The challenge of our times, and the example of JCU, provide an urgency and rationale for leaders of all of our universities to find their distinctive place and goals. We all need to find areas in which we can excel, and be brave enough to not do things that don’t fit in.

Examples from other jurisdictions, such as the US, might also inspire us to see some institutions singularly focused on excellent teaching and student experience as a viable, differentiated business model. These can be ideally suited to our times, standing out from the pack. Such an approach may align well with current government policy priorities and respond to the increased opportunity to differentiate in a new hybrid and online teaching and learning world. They may well serve emerging educational needs more broadly and successfully.

There are great opportunities in professional and continuing education and pathway programs, and other non-degree offerings offered online. All current universities, and other competitors, may see these areas as a means to turn the current times into the best rather than the worst of times.

A brighter future involves embracing and owning the current circumstances and letting go of the idea that we can go back to what was on the horizon in 2013. A profoundly important insight drawn from The Tale of Two Cities is that renewal and transformation is possible, particularly at moments of reflection when facing what appears to be the end.

The opportunities for renewal and transformation for all universities and in particular for regional, peri-urban and civic universities can be found in taking a breath, plotting new paths, and being bold, brave and distinctive. It may be that wisdom, in the face of what appears imminent demise, is the greatest gift. This is the essence of the lesson from a podcast we recorded together for HEDx published last week that can be accessed here.